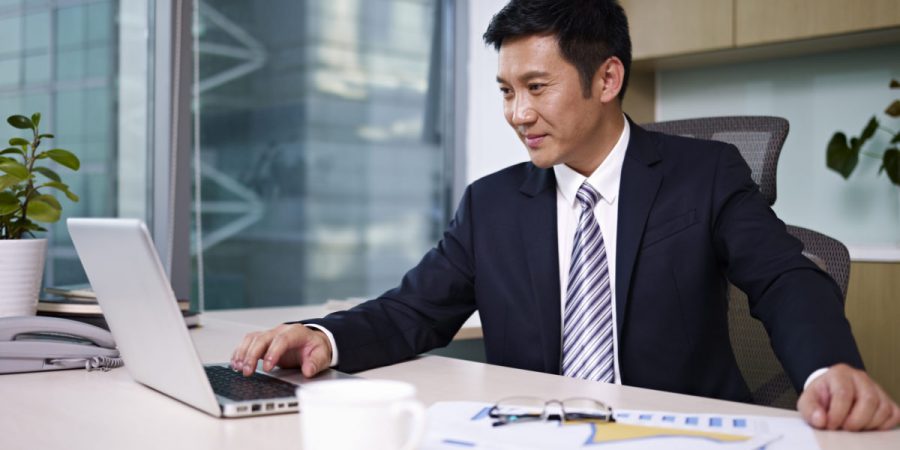 Most people think that the CEO wields all the power in the company, but the CEO is really only the 2nd highest position in any company. Ultimate power really rests with the company’s Board of Directors. Directors are the individuals who are ultimately responsible for ensuring that the company’s best interests are fulfilled. Because directors wield the greatest legal power over a company, they have a significant list of highly important directors’ duties that they must discharge with great care and deliberation. Directors who fail to perform these duties can face significant legal liability.

The 8 Key Duties of Directors in Singapore:

Definition: A fiduciary duty is a duty to put another person’s interests above your own.

Duties 1 to 5 in the list below are called “fiduciary duties”. A fiduciary duty is the highest and most sacred duty recognised by the law.

Some key examples of fiduciary duties include:

1. Duty to act in good faith

As a director, your ultimate responsibility is your duty to act in good faith. This means you must act in the best interests of the company as a whole.

At all times, company directors:

The interpretation of what is truly in the “best interests of the company” might appear to be subjective. However, the Courts actually apply an objective test when faced with lawsuits concerning directors who act in bad faith. The legal test is this: would an honest and intelligent man reasonably think your actions to be in the best interests of the company? As you go about your director’s duties, it is worth bearing this legal standard in mind.

Under Section 157 of the Companies Act, it is an offence for a director to:

If a director breaches Section 157 and is convicted, they can be:

Further elaboration on directors’ duty to act in the company’s interests:

Acting in the best interests of the company doesn’t mean that every single decision has to produce a profit for the company. Directors will make mistakes. They may decide to okay management’s decision to roll out a new product that eventually fails. They may decide to expand into a new overseas market that ends up generating losses. Under Singapore law, directors will not be held liable for such business decisions, as long as they made them in good faith.

2. Duty to act in shareholders’ interests

Shareholders have the power to hold directors to account, if they feel that they have been unfairly treated. This applies not only to majority shareholders, but also to minority shareholders, who without the law would have little recourse to directorial oppression.

Shareholders can initiate legal action to:

3. Duty to act in employees’ interests

Directors have a duty to consider their employees’ interests when making decisions. Directors should not hold employee interests above shareholder interests, but should accord due consideration to employees when making decisions. Sometimes, directors must make difficult decisions that will affect many employees. For instance, in difficult times, directors may decide that retrenchments are necessary to save the company. Generally, such actions are not bad faith decisions, since even though they may be against the interests of (some) of the employees, they are undertaken with the ultimate best interest of the company as a whole.

4. Duty to act in creditors’ interests

When a company has taken on debt, directors must be careful to also consider the interests of creditors. Corporate Finance 101 teaches that creditors have the first claim on company assets. As such, it’s important that directors do not take actions that would unduly jeopardise the repayment of debt. Otherwise, directors can be held liable for some very serious penalties.

There are important directors’ duties here that must be fulfilled:

It is a criminal offence to breach the above conditions. Criminal penalties will vary depending on the offence. For instance, if directors infringe upon the 2nd condition in the list above (taking on debt while business is insolvent or approaching insolvency), they can be jailed up to 3 months, and/or fined up to $5,000.

Ignoring creditors’ interests as a director can unleash serious consequences

In addition to criminal penalties, the Courts can also order such directors to bear unlimited personal liability for all debts incurred by the company. This means that even if the company is organised as a Private Limited entity, limited liability protections will not apply. This is called “piercing the corporate veil”.

These are hugely significant liabilities. If you’re a director and your company owes other entities money, make sure to manage your company’s finances with extra diligence. Don’t take actions that would impair the ability of the company to repay the entities that you owe money to.

What happens to directors’ powers when a company becomes insolvent?

5. Duty to use powers for proper purpose

The scope and purpose of a director’s powers is defined by the company constitution. The constitution is made up of:

Directors must only act within the boundaries of the company’s constitution.

They cannot use their powers in ways, and for purposes, that exist outside of these boundaries. If directors do so, then their actions are considered invalid. Shareholders can apply to the Courts to invalidate such actions. It’s important to note here that if a director acts outside of his scope of powers, their actions are considered legally invalid, even if the director acted in good faith.

If the company learns of such actions, there are two courses of action that the company can take:

Example: A company has a constitution that prohibits any investment that requires more than $10 million in capital. If the directors wish to approve such investments, they must first seek the consent of shareholders, and receive at least 50% approval. This clause was written into the constitution to ensure oversight over riskier investments. The directors of this company, however, went ahead to approve a $20 million investment plan without seeking shareholder approval first. This decision was made after rigorous analysis showed a hugely profitable opportunity existed for the company. The directors felt their actions were justified, since they were acting in the company’s and shareholders’ best interests.

Verdict: The directors’ actions are void in the eyes of the law. They may have acted in utmost good faith to secure a profitable investment for the firm, but that is irrelevant here. The directors had a responsibility to act only within the powers granted to them by the company constitution. They disregarded this material fact, and actively pursued a course of action that was expressly prohibited. If the shareholders so wish, they have a right to strike out the directors’ decisions, and file a lawsuit against them for a breach of directors’ duties.

Example: A director’s family member owns a company. The director’s company proceeds to acquire his family member’s company, on the pretext of “strategic synergies”. This is a clear case of material interest/self-dealing. The material interest must be disclosed to the company before it can be completed. Otherwise, the director can face both criminal and civil liabilities. If convicted, directors can be jailed up to 3 months, and/or fined up to $5,000.

7. Duty to avoid conflicts of interest

Some examples of conflicts of interest include:

It’s important to note that the law treats the interests of immediate family members (e.g. a child or a sibling) as the director’s own interests. This means that the appropriate disclosures must be made if any family members are involved in the same company, or another firm that the director’s company is dealing with. If such disclosures are not made, the offending directors can face jail time, fines, and lawsuits from the company and its shareholders/fellow directors.

8. Duty to use reasonable skill, care, and diligence

Given that the Board of Directors is the ultimate body providing oversight over the entire company, all members of the Board are expected to perform their jobs competently.

The law establishes two tests to judge whether a director has exercised reasonable skill, care and diligence.

Does the director possess the skills and knowledge that a reasonable person would expect of someone in that position?

For example, a reasonable expectation of the skill level required to be a director of a $100 billion-dollar global corporation, would be very different from a director sitting on a $1 million-dollar local company.

Did the director act according to the skill and knowledge they had?

For example, if a director is a chartered accountant, and sits on the company’s audit committee, then did the director utilise his accounting background to properly keep the firm’s finances in check?

The first test establishes a baseline level of skill that all directors should possess, in relation to their position and the company they’re serving on. The second test ensures that directors with specialised skillsets actually bring those skills to bear in their directorships for the good of the company.

If directors act without exercising due skill, care, and diligence, they can be found guilty of negligence. Directors’ negligence is a very common cause of lawsuits filed against directors.