Damages For Breach Of Contract Singapore: What Can You Claim? 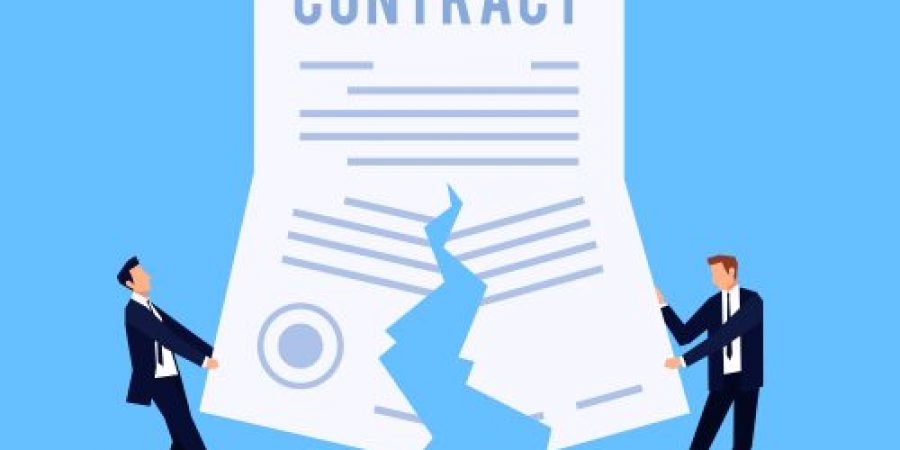 Damages For Breach Of Contract: What Can You Claim?

You’ve entered a contract, and the other party hasn’t fully delivered on their promises. Maybe their products or service quality were unsatisfactory. Maybe they were repeatedly late in fulfilling their duties. Maybe their contractual failures even caused you to suffer financial losses. Whatever the case, you are legally entitled to claim damages for such breaches of contract. Here’s a breakdown of when you can claim for damages, and how much you can claim.

What is a breach of contract?

Here are some breach of contract examples:

Is there a time limit to claim damages for breach of contract?

Yes. Generally, under Section 6 of the Limitation Act, you must sue someone for breach of contract within 6 years of the date of breach.

How do courts go about calculating damages for breach of contract?

No. The court will only award compensatory damages. This means the amount you can claim is limited to restoring you to the position you would have been in if not for the contract breach. The court will not award punitive damages to punish the other party for breaching the contract.

Important: If you have a “penalty clause” in your contract, make sure that the damages specified are a genuine estimate of the loss you would suffer if the contract were to be breached. If the court finds that the penalty is designed to punish the other party (over and above compensating you), the court may invalidate your penalty clause.

What types of damages can you claim for breach of contract?

There are four types of damages you can claim for breach of contract.

#1. Contract damages: These are the damages you would have suffered if the contract had not been breached. This can include the amount stated in the contract, plus consequential damages if you suffer financial losses stemming from the breach.

#2. Liquidated damages: These are damages that are specifically laid out in the contact to compensate parties for breaches. Remember – the courts will only award compensatory damages. Make sure the terms of your contracts – especially any “penalty clauses” – are drafted reasonably. If you’re aiming to punish the other party for breaking the contract, you won’t succeed in front of a judge!

#3. Specific performance: Instead of monetary damages, you can ask the court to order the party in breach to perform their contractual obligations. This occurs when paying damages alone would not adequately compensate the plaintiff. For instance, if the contract involved delivering unique property, like a plot of prime land, damages would likely not sufficiently compensate you.

How do you go about claiming damages for breach of contract?

There are four methods you can use to claim compensation for breach of contract.

#1. Small Claims Tribunal: If your claim is under $20,000 (or $30,000 with both parties’ agreement), you can file your case with the Small Claims Tribunal. You can’t split your claim into smaller parts to bring it under Tribunal jurisdiction. Both parties cannot be represented by lawyers. You must file your suit within 2 years of the contract breach to file suit with the Tribunal.

#2. Civil litigation: Lawyer up and sue their pants off. Prepare your war chest – legal fees can easily reach hundreds of thousands of dollars, with cases often stretching for years.

Note that court proceedings are open to the public, so if privacy is a concern then arbitration or mediation will be better choices.

#3. Arbitration: If you don’t relish the idea of a long-drawn court battle, you can choose to arbitrate the matter. Both parties will appoint 1-3 independent arbitrators to facilitate a middle-ground resolution to the contract breach. Note that the decision of an arbitration panel is legally binding. If you don’t like the outcome, you can’t abandon the arbitrator(s)’ decision and then file a civil suit. You have to live with the decision.

Arbitration is not necessarily much cheaper than civil litigation; total legal expenses can also easily reach several hundred thousand dollars. However, arbitration is quicker than civil suits, so you won’t have to spend as much time and effort trying to get compensation for the contract breach. There is also the advantage of privacy – arbitration proceedings must legally be kept confidential.

You can approach the Singapore Mediation Centre to facilitate private mediation between you and the other party. Mediation is significantly less costly than lawsuits or arbitration proceedings. Settlements are also much quicker – disputes can typically be resolved in weeks, rather than years as with lawsuits. Mediation is also a strictly confidential process.

However, mediation is not legally binding. If the other party fails to live up to the agreed settlement, you’ll either have to commence more mediation, or bring them to court.

#5. Ministry of Manpower: If the breach of contract was between an employer and employee, then as a worker you can approach the Ministry to resolve the dispute. This applies to any worker covered by the Employment Act. The only workers not covered by the Act are:

Ready to protect your business?

Provide helps small businesses get tailored coverage at better prices. You’ll save up to 25% on your premiums. Our online operating model creates lower overheads, so we pass every dollar saved back to you.