Governing Law Clause in Contracts: What Is It, and Which Country’s Law Should I Use? 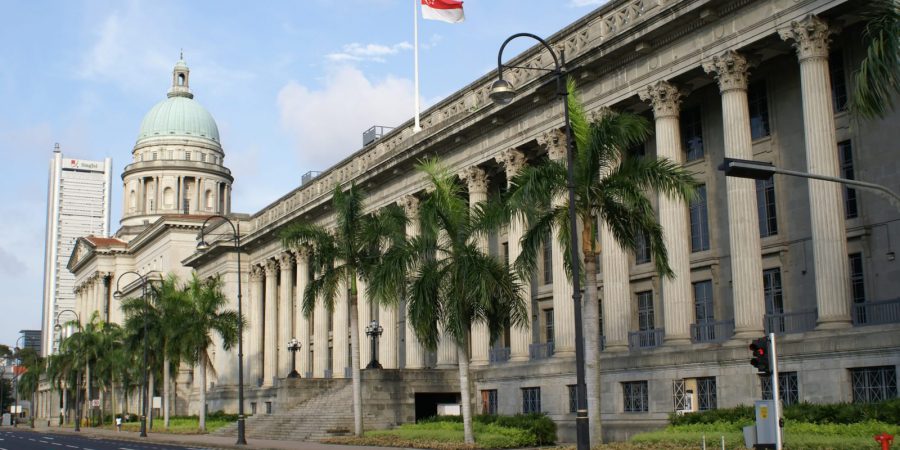 Contracts will very frequently contain a clause that specifies which ‘governing law’ is to apply to the contract. The governing law refers to the country’s laws that will apply to the contract. Laws can vary significant between different countries, so it’s important for parties entering into a contract to know which laws to apply. This is particularly true for cross-border contracts, but it’s also important even if both parties reside in the same country.

In this guide, we discuss:

Why is the governing law important?

What should a governing clause cover?

In contracts, there are two kinds of obligations:

Parties who are drafting a contract should therefore think about whether they want to the same country’s governing law to apply to both contractual vs non-contractual obligations, or only to one. In many contracts which are carried out in Singapore, people will usually have Singapore law govern both obligations for simplicity.

Can I use a foreign law to govern contracts in Singapore?

Contracts that are formed in Singapore can certainly state a foreign governing law. This is allowed because Singapore’s legal system (along with most legal systems around the world) recognise the power of parties to define their own contractual relationships.

For instance, a European multi-national conglomerate may award a software development contract to a Singapore-based IT company. The European corporation may require the Singapore IT company to sign Non-Disclosure Agreements and a Sale and Purchase Agreement, that are governed by EU law, rather than Singapore law. If the two parties have a legal dispute, the lawsuit will be tried using EU law.

When entering into international contracts, it can get a little trickier, depending on the specific contract. For instance, if you enter into a contract with a US-based entity, you should remember that there are 50 States in the US. Each State has its own unique regulations. A US-based entity could have its contract governed by the State of New York, USA, but its Court seat (i.e. location where trials will take place) could be in Los Angeles, CA – that’s the other end of the country.

Can a foreign governing law be ignored in Singapore?

For example, the Unfair Contract Terms Act states that you cannot exclude liability for death or personal injury. So if you run an outdoor adventure business, and try to get around this by applying some foreign law that does protect you from liability for death/personal injury, that contract won’t be valid. Singapore law will override it, and participants will be free to sue you if they suffer death or injuries.

Which governing law should I apply for contracts in Singapore?

If the contract is to be carried out in Singapore, then it’s best to use Singapore law. This is usually the most convenient for both parties. Both parties will have access to the widest pool of lawyers, since the majority of legal professionals here will be most experienced with local law.

Applying a foreign law in a local Court would require litigants to invest additional resources. It would require lawyers who are experts in that specific foreign law (e.g. imagine hunting for a local expert in Egyptian law or Brazilian law), calling for foreign expert witnesses, and additional evidence to support the case. All this could make any lawsuit much more expensive and time-consuming.

Additionally, if a foreign law and a foreign court is specified, your lawyers and you will have to physically travel to that country’s Court to hold the lawsuit. For instance, if entered an international contract overseen by Australian law, in the Australian Courts, you’d have to fly to the country to fight your case. This can be a big stumbling block in mounting an effective lawsuit, if you don’t carefully review the governing law of your contract.

What happens if a governing law is not specified?

If you’re entering into a contract and the other party insists on using a law other than Singapore law, you might want to consult a lawyer to understand the implications of this, before signing the contract.

Here’s an example of a governing law for a cross-border contract that is to be overseen by the law of the State of Massachusetts, in the USA. The arbitration is in Geneva, Switzerland.

“This Contract shall be governed by the laws of the State of Massachusetts, which is applicable to contracts made and to be performed within or outside such State. Any dispute or claim arising from, or in any connection to this Contract, shall be resolved by arbitration. Arbitration procedures shall be conducted with the Swiss Rules of International Arbitration in force on the date when the Notice of Arbitration is submitted in compliance with these Rules. The number of arbitrators is to be five. The arbitration location shall be at Geneva, Switzerland. The arbitration will be conducted in Swiss German and all documents shall be provided in the Swiss German language, or with translations into the English language if necessary.”

If you’re a Singapore company and you sign a contract with terms like this, you should prepare a good amount of resources. If there’s any legal dispute, you’ll taking frequent holidays to Geneva to settle your argument!

Such a clause shows why it’s important to review governing clauses, especially when signing contracts with foreign parties.

Here are some examples of governing law. These are found in the Terms and Conditions section of companies in Singapore.

How should I protect myself from lawsuits?

If you enter into a contract and get sued, you can expect to fork out a big sum. You’ll need to pay lawyers (who are very expensive), and also potentially pay for damages/settlements. Even if you’re in the right and did nothing wrong, you still need to fight lawsuit to prove to the Court that you’re innocent. That takes money – lots of it. If you don’t have sufficient resources, the other party could simply steamroll you. That’s where Professional Indemnity Insurance comes in.

Professional Indemnity Insurance covers a broad range of lawsuits, such as:

Don’t wait till it’s too late to protect yourself from lawsuits.

PrevPreviousWrit of Seizure and Sale: Forcing Debtors to Pay Up in Singapore
NextPunitive Damages in Singapore: 4 Key Facts to RememberNext