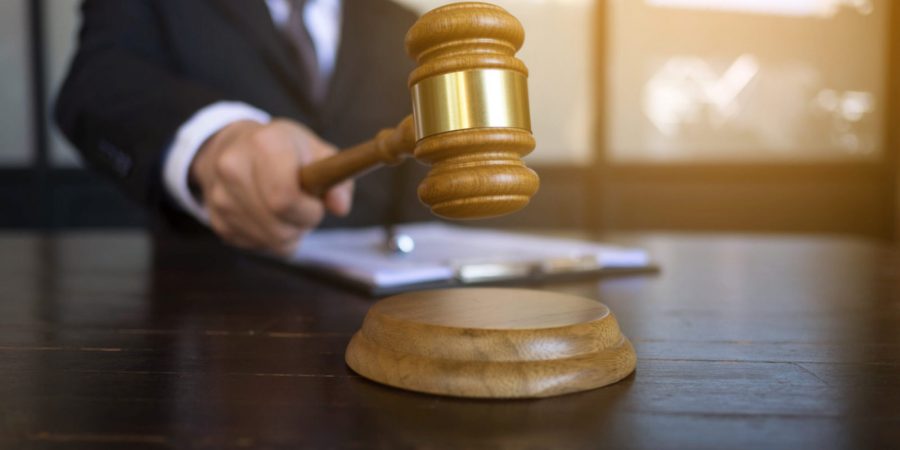 In a lawsuit, an injunction is a court order to one party to refrain from certain actions, or to perform certain tasks. Injunctions are commonly used to enforce judgements in lawsuits. If you run a business, there’s a chance you could get involved in a business-related lawsuit, so it’s good to familiarise yourself with what injunctions are, and how they work.

What is an injunction?

Injunctions are orders from Singapore Courts to stop doing something (or alternatively, to do something). Injunctions are vital legal tools that help the Court, and litigants, enforce Court judgements. Ignoring an injunction is a punishable offence that can land you in jail and/or facing a heavy fine. The threat of such punishment helps ensure compliance with decisions that the Court makes on lawsuits.

For instance, if a party wins a lawsuit against a debtor, the winning party may ask for the Court to apply an injunction against the other party. This injunction (called a “Mareva Injunction”) may be to stop the other party from selling away their assets, so that the debtor cannot claim they have no assets left to pay their debts.

How do I apply for an injunction?

If you have a lawyer, they will do this for you. The process is rather technical, involving the filing of Summons and affidavits. If the injunction needs to be urgently obtained, the Court can do so within a few days. Singapore Courts, depending on the matter, can even accept injunction applications on weekends and Public Holidays.

Can you block an injunction if one is filed against you?

Yes, although your ability to block it will vary depending on the strength of your legal case.

What happens if you breach an injunction?

Punishments for defying the Court, and thereby being found guilty of contempt, depends on which Court the individual has offended against.

If contempt is carried out against the High Court or Court of Appeal, you can be jailed for up to 3 years and/or fined up to S$100,000.

If contempt is carried out against any other Court, you can be jailed for up to 12 months and/or fined up to S$20,000.

Also, the Court may demand that you make a private or public apology. The Court can also refuse to hear further cases from the person who committed the contempt, until rectifications have been made for the contempt (e.g. jail, fine, apology, compliance with Court injunction, etc.).

What are the 7 key types of injunctions?

A Mareva injunction stops the defendant from selling their assets away. Mareva orders can apply to assets in Singapore, or assets held anywhere in the world. Mareva injunctions prevent the defendant from getting rid of their assets to deprive their creditors of compensation. For example, slippery debtors may attempt to quickly sell off their stocks, properties, and other assets if they get sued by their creditors, and lose the case. They’ll likely try to hide their assets, so that it appears they’re penniless, or they only have to give up a small portion of their true assets to the people they owe money to.

Real-life example: In 2017, Song Fan Rong, a naturalised Singapore citizen, was sued for $9.5 million by three Chinese businessmen for cheating. Ms. Song had allegedly defrauded the three businessmen to invest millions of dollars in her business, on the pretext for helping them immigrate here. She lost the case. Amongst other judgements, the Court handed down a Mareva injunction against Ms. Song and her husband. This was to prevent Ms. Song from trying to sell her assets off to avoid them being claimed by her creditors. However, both Ms. Song and her husband flouted the injunction. They sold some shares in their business away. As we’ve explained earlier, defying a Court injunction is considered contempt of court – a jailable offence. Upon discovery, Ms. Song was jailed for 12 months, and her husband was jailed for 2 weeks.

When the Court has delivered a final judgement on a case, and also hands down an injunction, that injunction is known as a final or perpetual injunction.

#3. Interim injunction (a.k.a. “interlocutory injunction”, or “Don’t siam, I give you some more”)

An interim injunction is an order delivered by the Court, before the lawsuit has been concluded and final judgement has been handed down. Interim injunctions are commonly applied for urgent issues, where one party needs to very quickly stop the other party from doing something (or have them quickly do something to rectify a problem).

Example: Sarah and Harry are going through a divorce. They have a child. One day, Harry takes their child away to his own home. Sarah is distraught. Sarah can file for an interim injunction to prevent Harry from taking their child away, until the judge rules on who should have custody of the child.

A prohibitory injunction is a court order restraining a party from doing or continuing to do a wrongful act. In the landmark case RGA Holdings International v Loh Choon Phing Robin and another [2017] SGCA 55 (“RGA Holdings”), the Singapore Court of Appeal stated that prohibitory injunctions will be granted readily to plaintiffs. This will be done if the defendant (person being sued) has already breached (or is about to breach) a negative covenant in a contract. A negative covenant is a promise not to do something (e.g. not to sell certain equipment, not share confidential information etc.).

Example: RGA Holdings entered into a Share Sale Agreement with Robin Loh, and other parties. The Share Sale Agreement involved RGA Holdings investing into a company owned by Robin Loh, along with extending loans to it. In exchange, Robin Loh and related parties in the contract agreed not to sell 2 residential properties, located at 246 and 248 Carpmael Road. After disputes arose, Robin Loh and related parties tried to sell off the 2 properties. The plaintiff quickly applied for a prohibitory injunction to stop the sale of the properties. The prohibitory injunction was granted.

Example: In 2018, the Singapore High Court delivered a judgement in Disney Enterprises Inc and Others v M1 and Others. Disney had sued M1, claiming that M1 allowed users to access Disney-copyrighted content. Disney won the case. The High Court issued injunctions to M1 directing the company to block IP addresses and websites that hosted pirated Disney content.

Quia timet is Latin for “because he fears”. If it’s not apparent by now, lawyers love fancy Latin words. They also adore alliterative aphorisms (get it?).

Example: A temporarily-vacant warehouse is being used for illegally organised, large-scale parties. The owner of the warehouse files a lawsuit against the organiser of these parties. The owner seeks a quia timet injunction against the party organiser to stop them from organising future events, which according to Facebook events, are scheduled to take place again soon. The Courts can grant a quia timet injunction to prevent the party organiser from further trespass onto the warehouse owner’s property.

Example: A hedge fund is being sued for misleading investors on its ability to generate returns. The investors’ legal team is concerned that the hedge fund may delete incriminating evidence, like pitch decks and other fund presentation materials. They therefore file for an Anton Piller injunction against the hedge fund. The Court grants the injunction, and the legal team is able to swoop into the hedge fund’s office, seizing relevant evidence to further strengthen their case.

How to protect yourself against the costs of lawsuits?

If you run a business, dealing with injunctions and lawsuits is the last thing you need. Being sued is a huge drain on your time and financial resources. But did you know that there’s a type of business insurance that can protect you comprehensively from lawsuits? It’s called Professional Indemnity Insurance. Provide is the first business insurance platform that allows you to purchase Professional Indemnity Insurance online. You can even get zero deductibles, which means you won’t have out-of-pocket expenses for valid claims (average deductibles are $10,000 to $20,000).

With Professional Indemnity Insurance, the insurance company will cover your legal expenses. The insurer pays for your lawyer’s fees, and the cost of settlements/damages you become liable to pay. For uninsured companies, these two costs could easily add up to hundreds or thousands, or even millions.

Professional Indemnity Insurance covers a broad range of lawsuits, including (but not limited to):