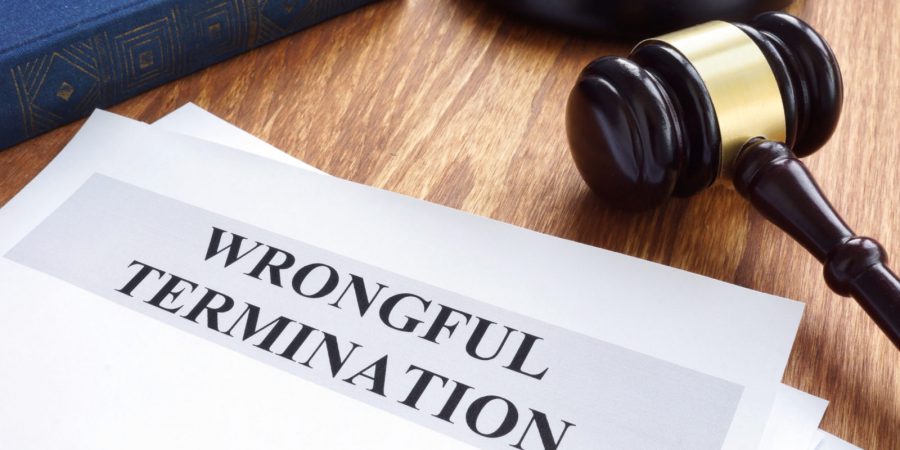 In this guide, we’ll walk you through the 5 key types of dismissals that are unfair, illegal, and wrongful in Singapore. Letting employees go is never easy. However, there are certain types of termination that are illegal in Singapore. For instance, firing an employee to stop them from taking maternity leave is illegal. If an employee files a report with MOM, the employer can be brought to Court and charged with a criminal offence.

Summary of legal vs illegal dismissals:

What constitutes a legal dismissal?

In Singapore, a dismissal is valid for the following reasons:

What constitutes an unfair/illegal/wrongful dismissal?

There are 5 main dismissal reasons that are against the law in Singapore:

If you fire an employee for any of the above reasons, they have legal grounds to sue you. Government bodies like MOM may also take disciplinary action against your company.

Businesses are prohibited from terminating employee for the following reasons:

Example: Marie is a 55-year old accountant working for an accounting & auditing firm. One day, Marie is told she’s being let go. When Marie probes the reason for her dismissal, the HR director tells her it’s because she’s “too old to do the job”. The HR director explains that, at 55, she’s too slow to get tasks done, and the company could hire younger employees who could work faster.

In such a situation, Marie can file a wrongful dismissal claim against her employer with the TADM (Tripartite Alliance for Dispute Management). If the case is not resolved at the TADM, it will be referred to the Employment Claims Tribunal, to be heard by a judge. The judge can then award Marie damages for discriminatory termination.

Unfair Dismissal 2: Depriving an employee of benefits or entitlements

Businesses cannot terminate an employee to stop them from claiming company benefits, or legal entitlements.

Examples of legal entitlements include:

It’s important to note that entitlements are legal rights. Employers cannot deny these rights to their employees. Preventing employees from accessing their entitlements is an offence. Employers who fire employees to deprive them of benefits can be jailed and/or fined.

Often, companies who fire employees to deprive them of entitlements do so to save money. For instance, maternity leave can be up to 16 weeks, and some unethical employers may want to save on paying for 4 months of salary for an employee who won’t be working. This is why some employees rightfully complain about being terminated shortly after informing their company that they are pregnant. Other employers may want to terminate employees who are hospitalised, so they won’t have to pay for hospitalisation leave for the injured/sick worker.

Cheryl is pregnant, and is just a few weeks away from her expected birth. She applies for 16 weeks of maternity leave, which she’s entitled to by law. Cheryl’s employer fires her within a few days of her maternity leave. Cheryl can file an unfair dismissal claim with the TADM. Cheryl may also file a civil lawsuit against her former employer.

Thomas was diagnosed with a kidney ailment and had to be hospitalised for 2 months. Singapore law provides for a minimum of 2 months (60 days) of paid hospitalisation leave, if the employee has worked at the company for at least 6 months. Shortly after Thomas informs his employer that’s been hospitalised, his employer fires him so they won’t have to pay Thomas’ salary while he’s in hospital. Thomas can file an unfair dismissal claim with TADM. Thomas can also file a civil lawsuit against his former employer.

Employers cannot force employees to resign. This is usually done when the employer makes life so difficult for the employee that the worker feels they have no choice but to quit.

You run a wholesaling business. You decide you want to terminate one of your senior employees, named John. However, John has a 2-month notice period in his employment contract. You know that when you terminate John, you have to pay him 2 months’ worth of salary. You also know that John is unlikely to be productive once you tell him he’s being let go. In order to save on paying John his notice period pay, you decide to make life exceptionally difficult for him. You suddenly demote John by making him report to a junior employee. You task John with impossible deadlines, and overload him with work. Soon, John gets the message and quits.

John can file a complaint with the TADM, or sue you in court for forcing him into an involuntary resignation. John can argue that you placed him under immense distress, and had no choice but to quit. As a result, John was deprived of his entitlement to 2 months’ notice pay (remember: deprivation of entitlements is illegal!). John has a legal case against you for unfair dismissal. If you’re found guilty, you will have to pay John compensation, and you may even face jail time or fines.

Unfair Dismissal 4: Dismissal for poor performance or misconduct without evidence

Employers must remember that if you dismiss a worker for i) poor performance or ii) misconduct, you must provide evidence to support the dismissal. If you don’t provide any evidence, it is considered an illegal termination.

If an employee is dismissed for not performing at work (e.g. missing KPIs, bad quality of work done, etc.), you have to provide evidence. If you’re intending to terminate an employee because they’re not performing, make sure you start collecting evidence ASAP. You’ll need to show this evidence when you terminate the employee. Also, if you get sued later on for this, you’ll need to rely on this evidence to defend your company.

You have to hold an official inquiry if you accuse an employee of misconduct. The employee must be given the opportunity to defend themselves. Only after holding an inquiry can you dismiss an employee for misconduct.

You cannot terminate an employee to punish them for exercising their employment rights.

Tim witnesses a senior executive in his company physically abusing workers. Assault is a criminal offence. Tim gathers evidence of the senior executive’s criminal acts, and reports the executive’s behaviour to HR, and also files a police report. Shortly after Tim reports the executive’s behaviour, he is fired. Tim can lodge an unfair dismissal claim against his former employer. Both Tim and the victims of the abuse can file lawsuits against their employer, for unfair dismissal and assault, respectively.

What are the consequences for unfair/illegal/wrongful dismissal?

When an employee files a claim against an employer with the TADM, the TADM will mediate the issue between the employee and employer.

The TADM and ECT can award the following:

The final award can be adjusted (increased or decreased) by up to 50%. The judge will consider if there have been aggravating factors. Examples include harsh employment conditions like abusive superiors, false statements made by the employer to justify the dismissal, or particularly egregious acts by the employer. The judge can also consider mitigating factors, like if the employee was dishonest or if there was poor work performance.

What is the time limit for claims for unfair dismissals?

It depends on who the employee wishes to file a claim with.

Filing an unfair dismissal claim with TADM or MOM:

The time limit to file an unfair dismissal claim is 1 month from the last day of employment. It’s a short timeline. Employees who feel they’ve been unfairly dismissed must do so quickly, if they want to lodge a complaint with TADM or MOM.

Women who face unfair dismissal due to pregnancy-related reasons have a longer window. They can file complaints with TADM or MOM within 2 months from their child’s birth.

The time limit is 6 years from the last day of employment.

Also, there is a long deadline of 6 years for suing employers in civil court. This means that employers have to carry 6 years of liability for employees who’ve been dismissed. Even workers who were fairly dismissed, but feel they were unfairly terminated, can bring lawsuits against their employer. The

How to protect your company from employment lawsuits?

If employees feel they’ve been unfairly terminated, they can launch lawsuits against both the company, and against its directors and officers. Directors include board directors, and officers are anyone in the company with managerial authority (e.g. C-Suite down to junior HR managers who process the employee’s termination). Directors and officers can be sued personally, which means that the limitation of liability offered by a “Pte Ltd” entity won’t apply.

That’s why Directors and Officers Liability Insurance is critical. It covers a broad range of lawsuits, like:

Directors and Officers Liability Insurance pays for your lawyer’s fees (which can easily cost you hundreds of thousands of dollars), plus court damages/settlements. If you face a lawsuit from a disgruntled employee, having a Directors & Officers Liability policy could save you huge sums of money – millions, even.

Get Directors & Officers Liability Insurance to protect you from employee lawsuits. From just $42/month!