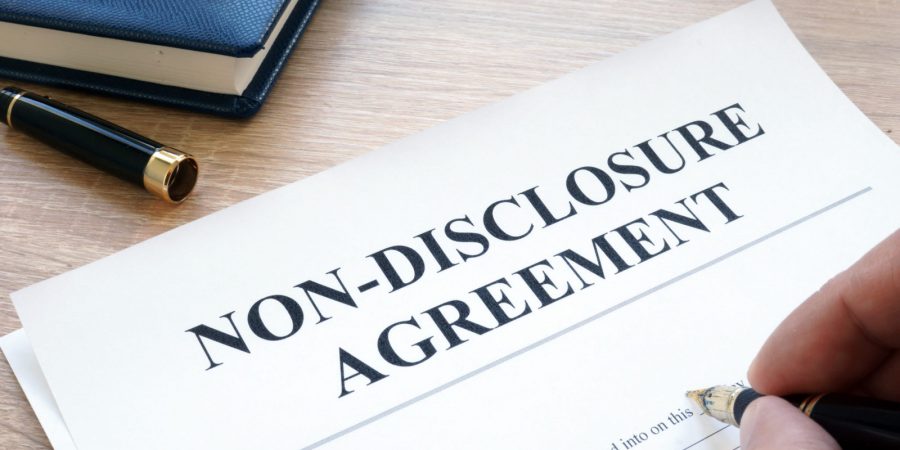 Non-Disclosure Agreements (NDA) are an important way to protect a company’s trade secrets. They prevent people from leaking private information, and potentially even profiting off it at someone else’s expense. It’s a good idea to have your employees and vendors sign Non-Disclosure Agreements when they work with you. If someone signs an NDA with you and breaches it, you can sue them for it. Of course, the same also holds true if you breach an NDA. In such scenarios, you can be held liable, and face a very expensive lawsuit. We explain what an NDA is, the key things you should include in an NDA, what to do if you (or someone else) breaches an NDA, and more.

What is a Non-Disclosure Agreement?

A Non-Disclosure Agreement is a legal contract between two parties to keep information confidential. Each party that signs an NDA must not disclose the information specified in the NDA. If a party breaches the NDA terms, they can be sued for breach of confidentiality.

What are the different types of Non-Disclosure Agreements?

There are two types of NDAs in Singapore:

This is commonly seen in employers requiring their workers to sign NDAs. Unilateral NDAs are also commonly used when clients engage external contractors to work on sensitive projects.

A mutual NDA is a two-way agreement where Party A and Party B must each protect each other’s information. For instance, two companies that embark on a joint venture may sign a mutual NDA. Two business associates who decide to start a company may also sign a mutual NDA.

What is the purpose of a Non-Disclosure Agreement?

An NDA protects information that you don’t want others to know about. Importantly, because an NDA is a contract, it provides you with a means to hold the other party legally accountable if they breach these terms. An NDA provides you legal grounds to sue for damages, negotiate a settlement, or claim some kind of compensation for losses you suffer from confidentiality breaches.

Usually, parties will include the following as protected by the NDA:

Typically, the following will be excluded from the NDA:

The law does not restrict the kind of information that an NDA can cover. As long as both parties sign the document willingly, the information contained in the NDA will be protected.

This is the meat of the NDA. This section sets out the responsibilities which the parties of the NDA must abide by.

Some common examples of what the obligations section will include:

These obligations must be stated in the NDA. If they are not stated, the Courts can deem the NDA invalid.

There are two parts to the duration of an NDA: i) duration of the NDA itself, and ii) post-NDA confidentiality period. These two periods must be stated in the NDA.

Example: Tim is employed in a 2-year contract with your company. Tim signs an NDA for the duration of his employment, plus a continued confidentiality period of 5 years. Tim must therefore not divulge any confidential information revealed to him for a total of 7 years.

The NDA should clearly state which laws will govern the Agreement. For Singapore companies, it’s ideal to use local law, unless there are some special circumstances where you need to have a foreign law oversee the NDA.

Limits the liability of the signatories of the NDA. Often seen in unilateral NDAs.

How can you stop others from breaching a Non-Disclosure Agreement?

Sometimes, other parties may breach an NDA that they’ve signed with you. For example, a disgruntled employee may quit to join a competitor, and start poaching your customers using their knowledge of your clients. A co-founder may fall out with you, and start their own competing business using confidential technology you developed. You can contact a lawyer to get an injunction against the offending party to stop divulging, or using, the confidential information. An injunction is a legal order to stop doing something. The injunction can also compel the offending person to destroy the confidential information.

Besides only relying on an NDA, you should take additional steps to stop your private data from being misused in the first place. Here are some tips that you can implement to safeguard your confidential data:

What happens if you breach a Non-Disclosure Agreement?

How can you protect yourself from breach of confidentiality lawsuits?

If you’ve signed an NDA and run a business, make sure that you carry Professional Indemnity Insurance. This type of coverage protects you from a very a wide range of business-related lawsuits, including lawsuits for breach of confidentiality. You may break an NDA inadvertently. The scary part is you may not even have broken the NDA, but the other party accuses you of doing so. You don’t have any control over whether someone else sues you for breaking the NDA, but you do have control over the defenses that you can mount against such lawsuits.

Professional indemnity insurance covers a wide range of lawsuits, like:

PrevPreviousWhat Is A “Without Prejudice” Letter & How Should You Respond?
NextWrit of Seizure and Sale: Forcing Debtors to Pay Up in SingaporeNext